President of Mongolia Kh.Battulga made the closing remarks at the New Economic Forum held Monday in the Blue Sky Tower.

The President started his speech saying that the economic expansion is required as the gathered mentioned at the forum. He said Mongolia has been engaged in the mining industry for years, but the country needs to focus extreme attention to what we should spend the money earned from the mining sector.

“Agriculture is the key traditional sector of the Mongolian economy. However, almost no measure has been taken in this sector the past years. Today we have lots of problems encountered the Mongolian agriculture. Sheep leather costs only MNT 500 and the beef price soared to MNT 16,000 per kg. Fully accorded with the business sector, a state policy and guideline is urgently needed.”

“Over the past three decades, a large number of resolutions and decisions were made, but their realization was very poor. In 2010, the coalition government issued some good resolutions, but only one of them was came into reality about construction of paved-roads that connect all provinces. Unfortunately, when the next cabinet and parliament were formed, these works were just ignored. Due to an uncertain policy, those businesses under state policies are not possible to develop.”

“Today, we export 14-16 million pieces of raw leather without any processing. If we put value-add into it, the currency flow will definitely increase to Mongolia. We just need to make it real rather than talking about. Regarding the exporting of leather, works have launched to construct a leather processing factory in Darkhan-Uul province after a consultation with the province’s governor and MPs. In conjunction with it, the government has pledged to spend MNT 500 billion for the agricultural sector in this year. I hope a relevant decision will be made soon.” he said.

“Next issue is railway. In 2010, Mongolia adopted its first ever policy on railway transportation. Sadly, this policy has blocked due to businesses and politicians who are greatly dependent on coal. Paying great attention to the matter, the cabinet of U.Khurelsukh made a decision to build a 414 km railroad from Tsogttesetsii soum to Zuunbayan. Investment for the construction will be resolved domestically because of large cost of high-interest loans and foreign labor force. In other words, the Tavantolgoi railway construction will be done by Mongolian workers and engineers with participation of the defense sector.”

President Kh.Battulga emphasized the MNCCI must reform and turn into a professional union. Being independent from politics or political party, the professional union should provide the most realistic information. The MNCCI must be as strong as the US Chamber of Commerce, and be influential to lobby the parliament and government.

At the forum, the President also talked about a satellite city of Ulaanbaatar, exporting to China and the tariff discounts. 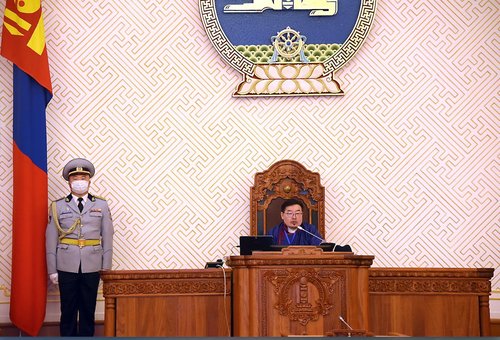 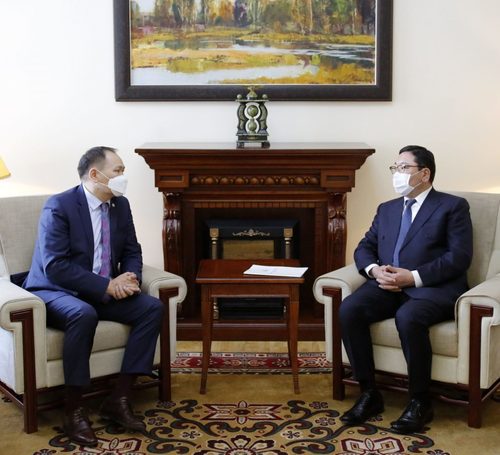 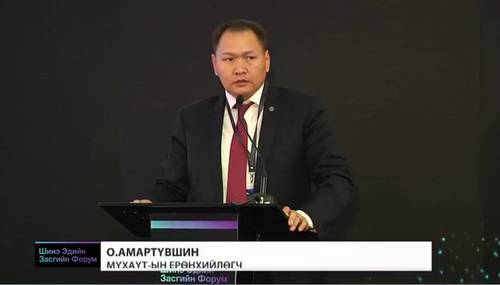 O.Amartuvshin: The private sector must discuss issues together
2019/05/13 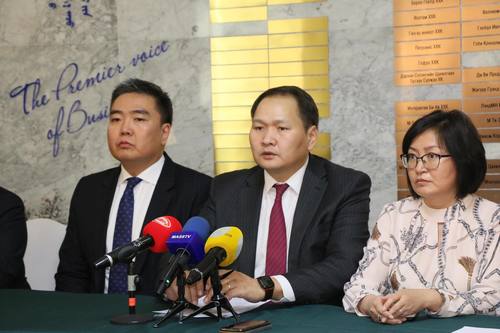