G.Zandanshatar: MNCCI’s role will be in the first consideration for improving business environment

On April 26, the MNCCI organized a national forum themed “The private sector’s role in ensuring the sustainable development” in the Corporate Hotel. 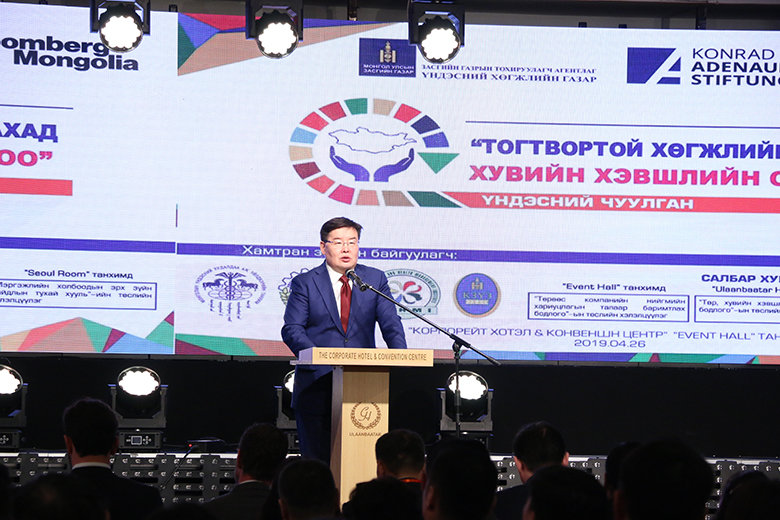 Co-organized with the Konrad Adenauer Foundation, Bloomberg TV Mongolia, National Industrial Council and “OSHMI Group” LLC, the forum brought together about 300 delegates from governmental organizations, NGOs, specialized unions, international organizations, researchers and scholars. They discussed issues and exchanged their wide-range views on business organizations’ role in ensuring the sustainable development goals, the public-private partnership (PPP), a policy on backing the national production and wealth-makers and a renovation of legal environment.

Mr. G.Zandanshatar, Speaker of parliament, pointed out that the Three-Pillar Development Policy approved by the government in 2017 focuses on three main objectives--governmental reforms, economic reforms and social policy reforms. “In other words, the main principle of this policy is to diversify the national economy, abolishing high dependency from the mining industry,” he said, and underlined the MNCCI’s role will be in the first consideration for improving the business environment in Mongolia.

“National producers and wealth-makers are the engine for development. This engine should go effectively and properly without a hitch, and it needs governmental support. Therefore, parliament intends to adopt package laws on backing wealth-makers. In the first turn, a working group led by Ts.Garamjav MP has been set up to formulate a bill on supporting the national production and wealth-makers, so we plan to carry out an open hearing regarding the bill, and I would like to invite to this hearing,” the Speaker said. Then he asked all businesspeople and entrepreneurs to submit their proposals and views about the business environment to parliament and government after consolidating them through MNCCI or specialized unions. “This kind of unanimous decision based on well-grounded proposals will produce fruitful outcomes. We should build up more creative and businesslike tendency,” he said. 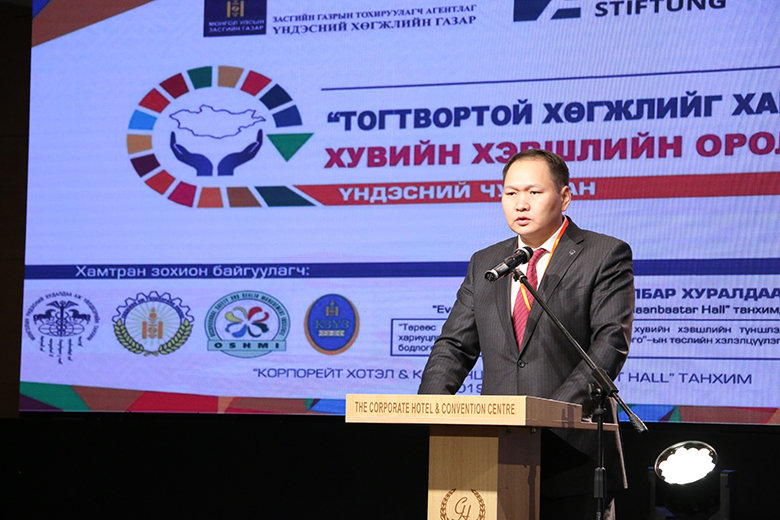 Mr. O.Amartuvshin, Chairman of MNCCI, said “The sustainable development and the corporate social responsibility (CSR) are closely connected each other. It is vital for the government to create a system for backing the private sector. The CSR is not a single-grant donation or gift. But instead, this is a solution with joint efforts to tackle social issues.”

“The MNCCI has been dynamically working to distribute the best experiences of companies of sustainable development and CSR and also has made an initiative of joining international networks. For instance, joining the UN Compact Global Compact is one of the important works of MNCCI. Today, the UN Global Compact has joined over 9,000 companies of 166 countries,” Mr. Amartuvshin said.

He added that the national forum produced two important initiatives. The first one is to deliver a voice of business organizations since the private sector’s role is vital for the sustainable development, and the second one is to distribute the voice of enterprises, which is definitely acceptable to the government when they could correlate their activities, he said. 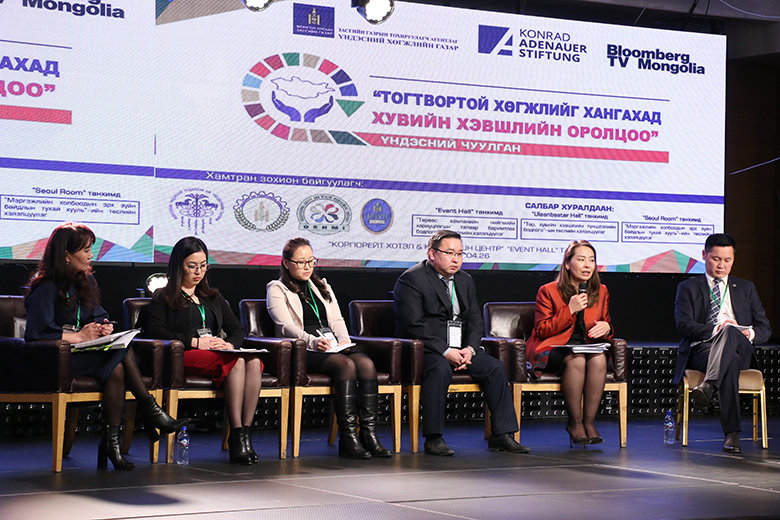 The forum lasted with three sub-meetings in themes “State policy on corporate social responsibility”, “Policy on public-private partnership” and “Discussion on bill on legal status of specialized unions”. 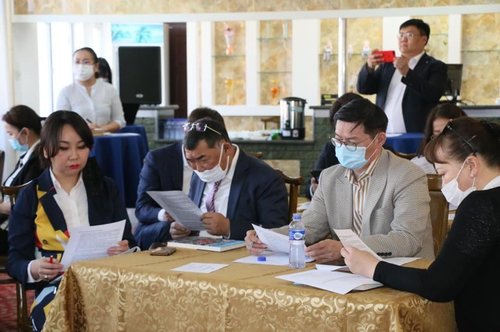 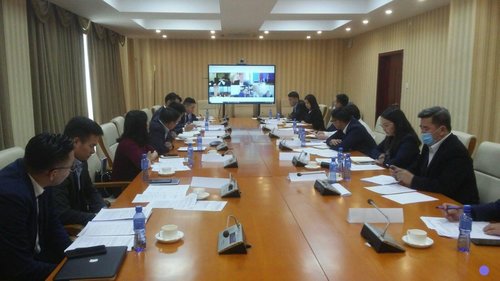 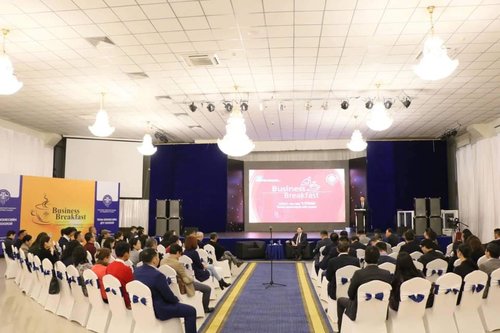